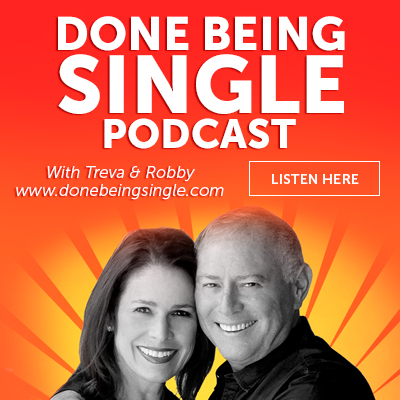 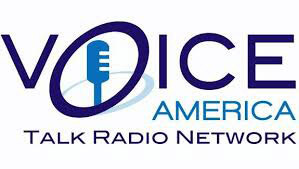 How did Treva and Robby Scharf know it was time to settle down? Because they were done being single.

Before getting married for the first time in their 50s, Treva and Robby did it all, dated it all, and lived to tell.

With a combined 107 years of single life experience under their belts, Treva and Robby are dating survivors. Dating professionals. Black belts at being single. They’re the authorities on being single and finding love later in life.

Now, they’re dating interventionists and creators of “DONE BEING SINGLE,” a dating advice show that gives listeners insight and practical skills to conquer single life and triumph at love.

From dating apps to dating gaffes, from getting a second date to getting laid, Treva and Robby have a toolbox of tips. Topics will include dating do’s and dont’s, social media and dating; dating while divorced; dating without drama; and upping your dating game.

They’re also bringing in the big guns: Relationship experts, therapists, doctors, celebrities, and others who specialize in love, and how to get it.

If you’re sick of striking out, sabotaging your chances, and dooming yourself to dating hell, then you’re DONE BEING SINGLE.