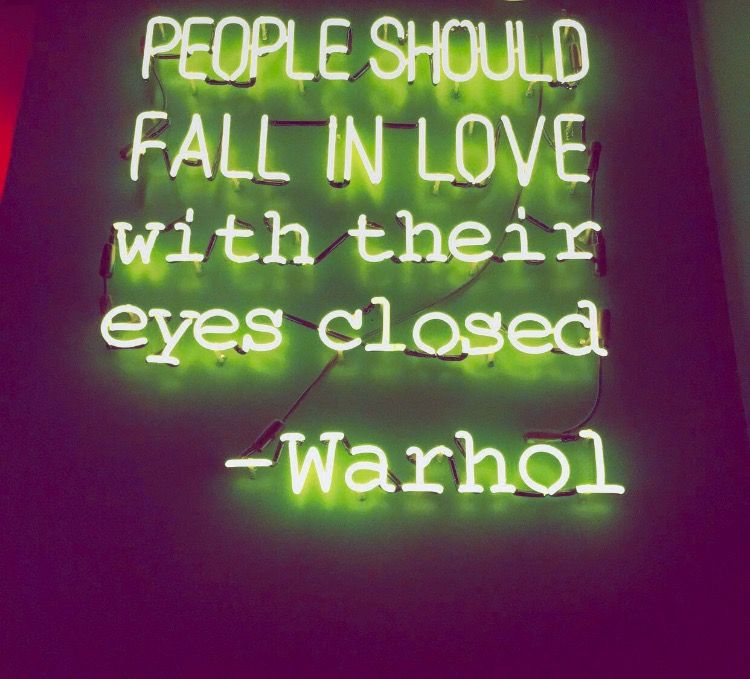 Before online dating, before dating apps, social media, and the internet, there was this thing called a “Blind Date.”

Your friends or family would fix you up with someone–like their cousin or cute dentist–and you’d say yes. First, you’d ask some questions, get some general information, a brief description, and a glowing recommendation, and that was pretty much all you needed.

You had no idea what they looked like, but you had enough to go on. The rest—having faith, trust, an open mind, and a sense of adventure—was up to you. You thanked them for fixing you up, and off you went. And if it wasn’t a match, at least you found a new dentist to clean your teeth.

Back when people went on blind dates, they didn’t ask for photos first. There was no Facebook to see what they looked like, no Instagram to check out their bathroom selfies, and no Google to run background checks. Because there was no way to know if your date was your “type,” you had to go on the word of the person fixing you up. All you could hope for was that your date would be nice, not a jerk, and attractive enough.

Back then, if you asked to see someone’s pictures first, the person fixing you up would either think you were nuts, paranoid, ungrateful, or a snob. “You think I keep photos in my wallet of everyone I want to fix you up with?! Haha you’re hilarious.” Of course, this was before smart phones, before you could whip out your device and flash someone’s profile pic.

I miss those days. I miss setting people up on blind dates. It was old-fashioned and romantic, from another time. There was mystery. Now, there is no more blind dating. There’s no “blindness” in dating anymore, and I blame technology. Technology killed blind dating. Because of technology, no one is willing to take a chance and throw caution to the wind. There’s no element of surprise because everyone needs to check out the goods first.

What happens when people check out the goods first? They judge. They scrutinize. They assume. They discriminate. They discount. And there goes the date, and with it, any possibility of meeting someone great. All because he/she’s not attractive enough, rich enough, or maybe too old, heavy, bald, whatever. This is my blind dating lament.

People are visual, but online dating has made dating harder because it relies on the visual.

No matter how accomplished, smart, interesting, or funny your blind date could be, you’ll never know if you judge them by their photos first. All you’ll do is form some preconceived notions about them, and nix it. Even if you saw a photo of a Victoria’s Secret model before going out with her, you’d have preconceived notions, not to mention EXPECTATIONS that mostly likely would never be met.

I can’t tell you how many people I’ve tried to fix up on blind dates but they won’t go without a picture upfront. I’ve even tried not to give out last names lest they go running to Facebook first to look them up. It drives me insane.

NEWSFLASH! Not everyone’s a supermodel. Not everyone is Brad Fucking Pitt. But if want me to fix you up with someone, and YOU’RE my friend, and THEY’RE my friend, and I vouch for both of you, that should be good enough. And if you trust ME and MY taste, you’ll go on the damn date without further ado.

Anyone who’s been single since the advent of the internet is guilty of dating due diligence, including me back in the day. It’s been standard operating procedure ever since. When I was single, I took full advantage of technology to help me find matches. But I also went on blind dates. And you know what? I actually preferred blind dates over meeting total strangers online. At least my friends could pre-screen people for weirdness. Plus, the personal connection prevented any ghosting or other bad dating behavior. Because when you get fixed up by a friend, you have to be accountable for your actions, unlike with anonymous dating apps where there’s no accountability for being a dick (or the female equivalent).

They say love is blind. Not in this digital age! In the digital age, love is superficial, shallow, and completely lacking in surprise.

Thankfully, there are some dating apps out there trying to make love a little more blind. Like Jigsaw, the “Anti-superficial dating app.” To keep it substantive and not shallow, they superimpose a digital jigsaw over your face. The more you interact, the more pieces are removed to reveal your photo.

Then there’s Taffy, a chat-first dating app that “Puts personality on the same level as physical appearance.” They keep your photos blurry until you start chatting.

The show aims to reinvent the blind date by asking “Would you fall in love with someone based on personality alone?” After a series of dates, contestants select their matches without seeing their real faces, which are eventually revealed after the final decision is made.

“Once you get attracted to someone’s mind, you’ll find beauty in everything they do.”

All of this goes to show that looks can be overrated. On our podcast Done Being Single, my Robby and I urge our listeners to date against type for this very reason. I’m reminded of an inspiring quote to support this: “Once you get attracted to someone’s mind, you’ll find beauty in everything they do.” After dating many types, I can say with much certainty this is true. The mature, bald, and heavy-set men were always the sexiest, and their minds sealed the deal for me. As for the supermodels, I’m reminded of another inspiring quote: “Show me a beautiful woman and I’ll show you someone who’s tired of fucking her.”

In doing research for this blog post, I came upon a fantastic article “Date Ugly Men.” I loved the sentiment, but the comment section made me cheer. A female commenter wrote:

“My conventionally hyper attractive husband dated me – well out of his aesthetic comfort zone but I interested him. We’ve been married nine years and going strong. He often comments that I am the best woman he has ever been in a relationship with – and he’s lived a rockstar lifestyle and dated over 3000 girls. But it took 3000 girls and one divorce from an extremely attractive woman to convince him looks were overrated.

Men are hard wired to want to date attractive girls in their youth. Women to a lesser extent…

My advice would be – sow those wild oats. Sow oats over physically attractive people to your hearts content. When you’re sick of the superficial nonsense – and you get all those experiences out of your system – find the one that you would like to grow old and ugly with 🙂

Women: try dating poor men! Not men who are lazy or losers, but men who’ve chosen professions that pay badly. Not because they wanted to be poor, but because they were committed to something larger than themselves, and as a man it takes a huge amount of bravery NOT to be a banker, venture capitalist or CEO.”

The next time a friend wants to introduce you to someone, say yes and don’t ask for pictures. Instead, go in blind. Take a chance, throw caution to the wind, and who knows? When you date with your eyes closed, you just might fall in love.

Need help dating? Need a trusty guide to hold your hand or give you some tough love? I’m your coach. I found love and got married for the first time at 51, I know the ropes, and can get you results. Contact me now for a FREE coaching session. 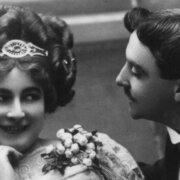 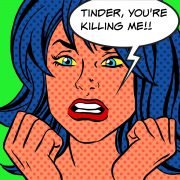 Romance Is Dying, Here's How To Save It
September 14, 2021/ by Treva Brandon Scharf 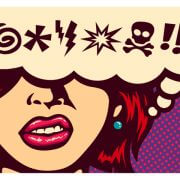 The 3 Dirtiest Words In Dating
September 14, 2021/ by Treva Brandon Scharf 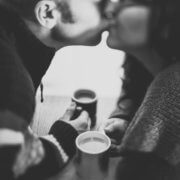 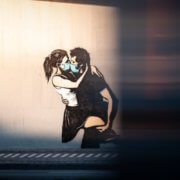 Single In A Pandemic? You've Got Options
September 14, 2021/ by Treva Brandon Scharf 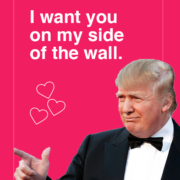 Is Donald Trump F-ing With Your Love Life?

.
Dating Over 50: New Dating Trends? How the Pandemic and Online Dating Have Changed...

Dating and Relationships Over 50: Things Women Say & What They REALLY Mean??...
Scroll to top