“The Trump Effect,” isn’t something I made up. It’s a real term coined by the nonprofit Southern Poverty Law Center, an organization that tracks hate groups.

In their new study, “The Trump Effect: The Impact of the Presidential Campaign on our Nation’s Schools,” the SPLC shows that the election is inflaming racial and ethnic tensions, and producing alarming levels of fear and anxiety among children of color.

Whether it’s schoolchildren taunting “Build that wall!” or “Go back to Mexico!” Trump’s xenophobic rhetoric on the campaign trail is being played out in ugly playground spats and classroom exchanges all across America.

I’m not a kid, but I feel their pain.

I’ve been the victim of bullying too—not in a schoolyard when I was a kid—but as an adult, not so long ago. I was harassed, cyber-bullied, and threatened by two ex-friends of mine, both grown women with children of their own. I spoke about this at length in my post “When Your BFF Becomes A POS.” It was a horrible time of my life, and it feels like I’m reliving it all over again thanks to Donald Trump.

Just last week, an irate Trump supporter on Facebook wished me some horrific things–including rape– in a comment thread. Now, I’ve gotten into some political jousting on social media before, but suggesting physical harm because I disagree with you is taking it to a whole other disturbing level.

Trump’s habit of demonizing people because of their race, religion, gender, and appearance, is hitting a very sensitive spot for me. Whenever he humiliates and shames, it’s like he’s doing it to me personally. Whenever he hurls an insult or demeans someone, my heart hurts a little.

Muslims, Mexicans, immigrants, women, minorities, POWs, and the disabled, I feel their pain too.

Trump’s mean-spirited tweets and inflammatory language are triggering a trauma in me I thought was healed, but unfortunately, the wound is still open and the pain is very real.

Worst of all, Trump is inciting a mindset in his supporters that feels like a collective threat to my soul. They remind me of an angry mob with pitchforks and torches, but instead of marauding through towns, they hide behind computers destroying you with their words.

I’m not the only one affected by the Trump Effect. There’s scores of people–young and old– who’ve been threatened and harassed by haters, internet trolls, and online bullies.

When Donald Trump suggested that Fox News moderator Megyn Kelly might have been on her period because she was tough on him during a debate, his supporters jumped all over her with an avalanche of online hatred. They called her every name in the book including “bitch, slut, whore,” amongst other things.

Olivia Nuzzi, a reporter with the Daily Beast, knows a thing or two about online bullying too. After she posted a story on Marla Maples on Facebook, Mike Krawitz, a Trump supporter and Republican candidate for the West Deptford New Jersey, township committee, wrote this on her page: “Fuck. You. Olivia, I. Hope. Somebody. Rapes. You. Today.”

When Observer writer Dana Schwartz complained about Donald Trump’s tweeted image of Hillary Clinton in front of raining money with a six-sided star, declaring she’s the “Most Corrupt Candidate Ever!” she had no idea the shit storm of anti-Semitic abuse she would get. His supporters attacked her with hundreds of tweets that ranged from mocking her nose, to applauding the Holocaust.

Just ask journalist Julia Ioffe. After she published a profile of Donald Trump’s wife Melania earlier this year, she was inundated with angry, anti-Jewish tweets, emails, and even death threats.

When Fox News reported that President Obama’s daughter Malia had elected to attend Harvard University after taking a year off, it didn’t go unnoticed by their readers. The comments were so racist, Fox News had to shut down the comments section on their website. Here’s an example:

“Probably staying out for a year so she can help her parents carry out the furniture and dinnerware when they leave the White House.”

And that was one of the nicer things.

In response, Craven was unexpectedly hit by a full wrath of hate like this:

So How Do You Deal With Bullies?

In my case, because the harassment was so extreme, I had to hire a lawyer. The situation was eventually resolved, and the truth became clear: bullies are really just insecure cowards.

As for the Facebook bully from last week, he ended up apologizing to me after being reported by friends and others who were also offended by his comments.

The bullying may be over for me, but I worry about the rest of our country. I want to believe the “Trump Effect” is just a passing fad; I want to believe that civility and kindness aren’t things of the past, and that bad behavior is not the new normal.

Regardless of what happens on November 8th, we must make sure that bullying never wins.

To find out more about how you can fight bullying, please visit: 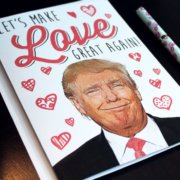 Breaking Up With Donald Trump
October 10, 2016/ by Treva Brandon Scharf

Is Donald Trump F-ing With Your Love Life?
October 10, 2016/ by Treva Brandon Scharf 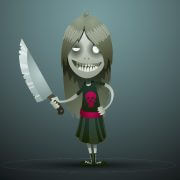 .
Can You Find The Love In Being Single?

The 3 Dirtiest Words In Dating
Scroll to top