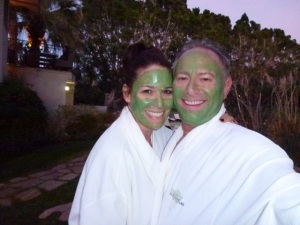 Celebrating my first wedding anniversary made me feel kind of like Miss America coming to the end of her reign: triumphant, honored, and just a little bit sad to give back the tiara and say goodbye to my title of newlywed.

But I must, because now at end of Year One, I am officially a wife – with a new title and new duties. If longtime pageant MC Bert Parks was still alive, he’d be singing me a new tune.

What a difference a year makes.

No longer a swingin’ single, no longer subsisting on Trader Joe’s frozen entrees, and no longer letting my laundry pile up until I run out of underwear, life looks a lot different now that I’m Mrs. Scharf than it did when I was Miss Brandon.

For starters, I now shop at Gelson’s, I do a load of laundry every few days, and I have more food in my pantry than I know what to do with. The year has had much personal growth, changes both big and small, and lots of groceries to put away.

Year One has been nothing short of a mind-blowing, eye-opening, waist-expanding experience and here’s why: 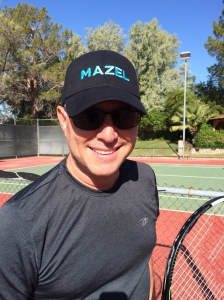 Robby Scharf, a most fascinating creature.

I NOW HAVE THIS FASCINATING CREATURE CALLED A HUSBAND

I don’t know about all husbands, but mine is so interesting, I find myself observing him like an exotic animal. He’s sophisticated and elegant, but he loves to burp and fart like a 10-year-old; he’s strong and stoic, but tears up when watching CBS Sunday Morning; he’s an alpha dog, but he loves funny cat videos; he’s a manly man, but he loves to shop; he’s never been married, but he’s got some serious game as a husband. 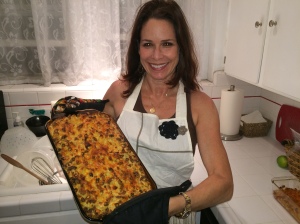 Say hello to my mac & cheese.

I LEARNED TO COOK

As I’ve mentioned in a previous blog, I was raised by a working mom who excelled more in the office than she did in the kitchen. Not that Sonjia Brandon couldn’t cook; she just preferred to make deals rather than make dinner. So when I got married, I donned my apron (a bridal shower gift) and got down to business.

It’s been a year of “firsts” in the kitchen for me. I made my first short ribs, my first macaroni & cheese, and my crowning achievement as a wife (drum roll please) MY FIRST BRISKET. I can’t emphasize the importance of this major milestone for this Jewish girl. 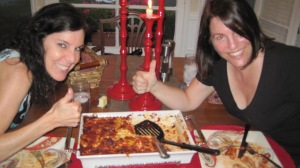 Good news! Nina and Nancy didn’t throw up from my lasagne.

I can’t take all the credit though. I have to thank my friends Nina, Nancy, and my many Facebook friends for their recipes and culinary guidance.

It truly takes a village to make a meatloaf.

Yeah, I made that too.

I WATCH A LOT MORE SPORTS

I’ve always been a sports nut, but I definitely met my match when I married Robby. The guy is a total sports junkie, particularly when it comes to televised sports. It’s not unusual for him to have a few TVs going and a couple of iPads tuned in, especially during playoff season.

He may be the bigger sports fan, but I’m the sports bettor in the family. I say who needs to watch the game when all you need to know is the spread?

THERE’S ALWAYS MUSIC IN OUR HOUSE

This is the benefit of marrying a guy who plays the bass, attended Berklee College of Music, and has been performing with The Cowsills for over 25 years. It’s almost daily that I’m in earshot of a rehearsal or treated to an impromptu jam. And when I want some peace and quiet, I put on a pair of incredible Sennheiser noise-cancelling headphones (shameless plug – Robby works for the company).

But what really makes a Robby a rock star? He does the dishes. 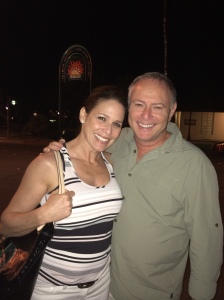 Poor Robby. Two seconds after we get married, I hit menopause (or rather menopause hit me). Great timing Mother Nature thanks a lot! Nothing like having to navigate your new married life with night sweats and mood swings. Plus, between the hormonal brain fog and the occasional senior moment, I can’t remember shit.

Has it really been a year already?

It’s true what they say: Time flies when you’re having fun, watching sports, eating a lot, and making beautiful music together.

Now if you don’t mind, I must attend to my next wifely duty: making my first turkey. 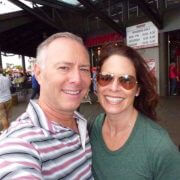 Women Are From Venus, Men Are From Costco
June 1, 2015/ by Treva Brandon Scharf

Can You Find The Love In Being Single?
June 1, 2015/ by Treva Brandon Scharf 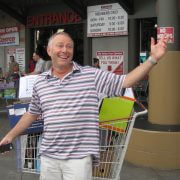 I Like Big Rebuttals And I Cannot Lie
June 1, 2015/ by Treva Brandon Scharf 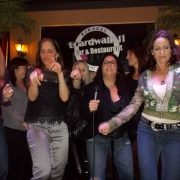 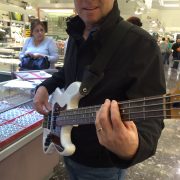 And Now, A Word From The Late Blooming Groom
June 1, 2015/ by Treva Brandon Scharf 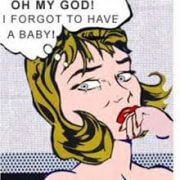 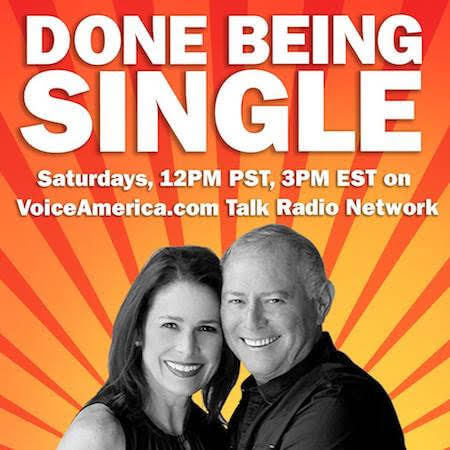 .
The Agony And The Ecstasy: Memories Of Online Dating

Graduation Day: A Celebration And Sad Reminder
Scroll to top