We interrupt our regularly scheduled programming to bring you Robby, my future better half. Since I’ve been doing all of the talking on these blog posts, I thought it might be time to hear another perspective on finding love later in life. So here he is, former bachelor, current fiancé, and fellow late bloomer Robert Ira Scharf, in his own words. 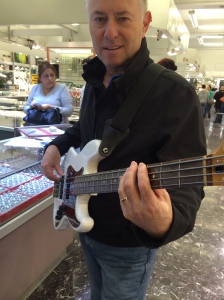 Robby trying out wedding rings with his bass…comfort is key!

A year ago, I was a single guy. My last “relationship” ended a year before that, and since then, I had settled back into a somewhat dull single life. I knew if I ever got involved with someone new, I’d need to be much more careful and selective.

I never before felt I needed to get married. There were some girlfriends in the past I got close to, but none close enough to propose. Being in my mid-50s, I had a somewhat Zen philosophy about relationships; I felt if something was meant to happen, it would.

Treva and I both graduated from Beverly Hills High School, but didn’t know each other at all back then (I’m six years older, so I was long gone by the time she was a freshman). But with our similar backgrounds, we had over a hundred mutual friends on Facebook (some of them actually “real” friends). One of these friends was a guy I was very close to when I was young. He had been going through a tough time and I felt the need to reach out to one of his friends to see if we could help.

That friend was Treva.

At the time, she was hesitant and kept her distance as she didn’t know me or necessarily trust me. We had a few pleasant Facebook messages, but that was it. Months later, I received a message from Treva inviting me to her 50th birthday party.

I had no reason not to attend, but without knowing her at all, what was I going to bring? I decided on champagne, and realizing that first impressions are everything, I got the good stuff: Veuve Clicquot. I think it worked.

Was it love at first sight? Very possibly. We hugged each other hello and something clicked. It felt natural and good, and unlike anything I’ve ever felt. Our time together has always felt that natural, and after 6 months of dating, I realized I was done looking – and what was I waiting for anyway?

I didn’t want Treva Brandon to go one more minute knowing that I didn’t want to spend the rest of my life with her.

A week after I proposed (and she said “Yes!”) I became acutely aware of a few amazing things that I would’ve never been able to experience prior to becoming engaged:

1. While waiting for a table at a restaurant with friends, I realized that not only was I thrilled to feel a love I’ve never felt for someone else before, but I also had a feeling of euphoria come over me thinking that someone as incredible as Treva could possibly feel a similar love for me.

2. I knew I was in the right relationship when “compromise” was the first thing I wanted to do, not the last.

3. Even though my life has changed completely (for the better), I don’t believe Treva and I have changed to please each other. We’re exactly who we are together, and that’s the best affirmation that we’ve both found the right person.

As for that mutual friend, well, he’s still unable to shake his issues, but Treva and I are far past that and can’t wait to start our life together. 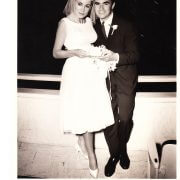 Can You Find The Love In Being Single?
February 27, 2014/ by Treva Brandon Scharf

One Last Blast Before Take Off
February 27, 2014/ by Treva Brandon Scharf 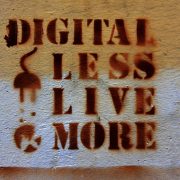 Maybe It's Time To Go On A Digital Dating Diet
February 27, 2014/ by Treva Brandon Scharf 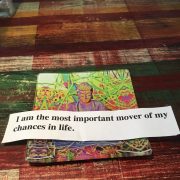 Self-Improving Your Chances At Love
11 replies

.
Still Single? Throw Yourself A Wedding!